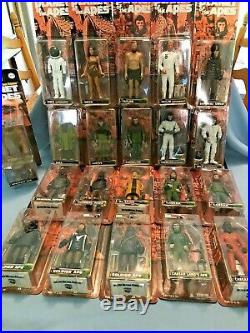 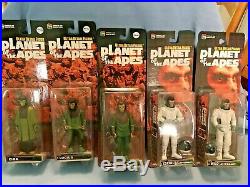 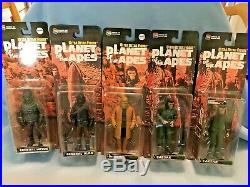 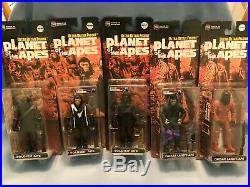 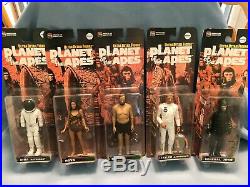 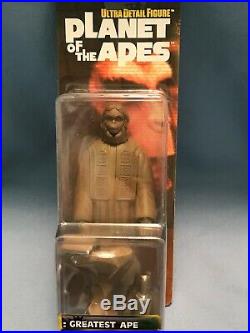 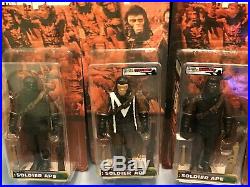 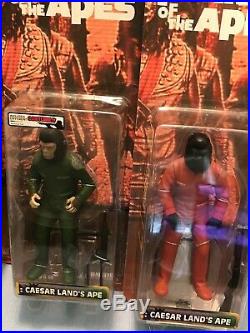 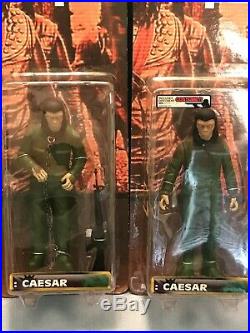 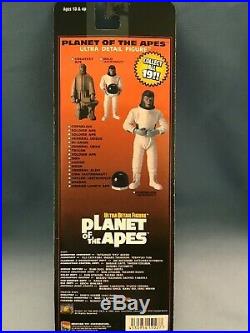 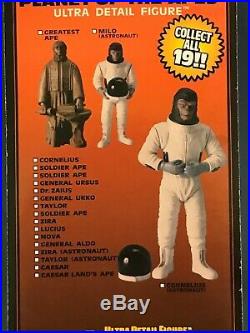 Produced in 2000 by Medicom Toys of Japan the 6-inch figures represent characters from the original Planet of the Apes movie from 1968, all four sequels and the short-lived television series. The collection consists of all 19 of the main figures plus two additional figures dressed in alternate clothing. Figures from the first movie are Charleton Heston's character Taylor in both astronaut and savage dress, native woman Nova, Cornelius, Zira, Dr. Zaius, Lucius, the Lawgiver statue (Greatest Ape) and one version of a soldier Ape. From "Beneath the Planet of the Apes" is another version of a soldier Ape and gorilla General Ursus; Cornelius, Zira and Milo are all in astronaut uniforms from "Escape from the Planet of the Apes;" From "Conquest of the Planet of the Apes" are Caesar in chains with two different versions of Caesar Land's Ape.

Caesar sans chains and General Aldo are from "Battle for the Planet of the Apes" and General Urko and a soldier ape distinguished by white markings represent the television series. The alternate versions of Caesar without chains and a Caesar Land's Ape dressed in green make up the extra figures in addition to the 19 main collection figures.

There is also a version of Cornelius with brown rather than green outfit not part of this group. All figures are in mint condition in their original unopened boxes. The item "Medicom Planet of the Apes Ultra Detail FIgures Complete Set of 19 plus 2 extra" is in sale since Thursday, June 18, 2020. This item is in the category "Collectibles\Science Fiction & Horror\Planet of the Apes".