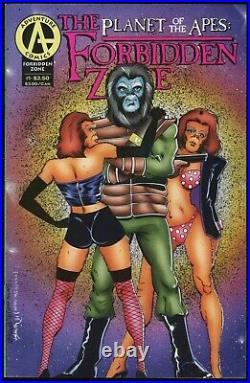 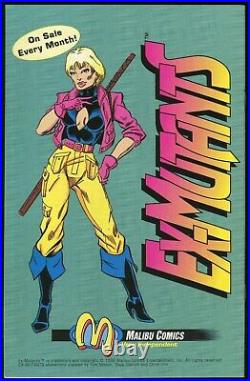 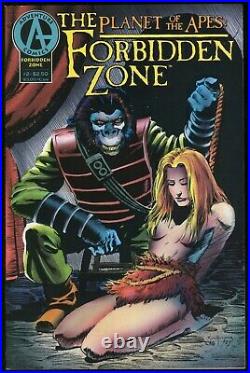 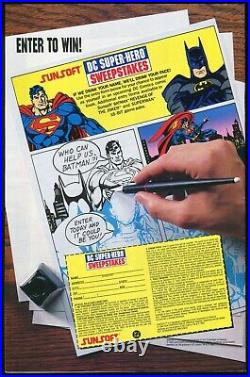 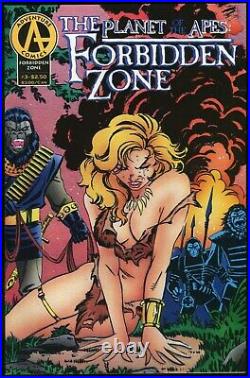 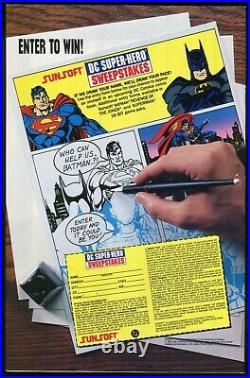 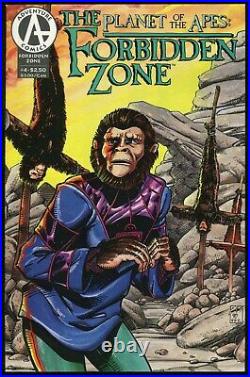 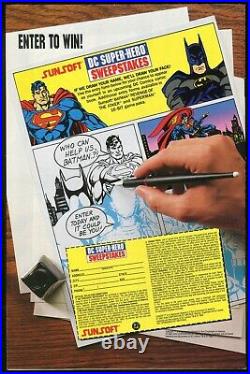 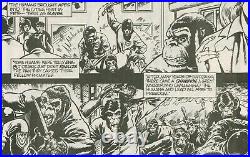 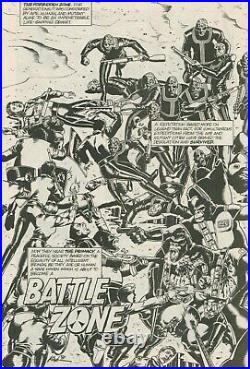 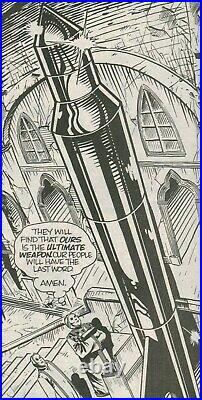 Malibu also published two one-shots: A Day on the Planet of the Apes and Planet prequel Planet of the Apes: Sins of the Fathers. Nothing disturbs the surface of this lifeless desert, save the constant, searing wind. In Ape City, the tales of a Forbidden City within the desert have degenerated into legend. Soon to fade entirely from memory.

But there is such a city, both forbidden and forbidding, the moaning wind hiding sounds of life and pain within the Earth. In issue #1, "Forbidden Knowledge", A gathering of mutant priests, of the most Holy Bomb, confront a fellow mutant priest of heresy... Mendez, the heretical mutant priest, uses superior. Mental powers to overcome his accusers and flees the temple.

After venturing for miles, Mendez eventually collapses... Waiting for death to find him. The apes, an ape expedition to find new farmlands stumbles upon some remnants of a lost civilization. Meanwhile, back at Ape City, tensions regarding the welfare of humans turn violent as some believe that humans are "filthy animals".

That are to be killed for sport. Later a brief history of the origin of the Planet of the Apes is given by none other than the lawgiver himself. Soon interrupted, the law giver finds himself at the bedside of... Meanwhile, back at the temple of the mutant priest, things turn sinister as the high mutant priest commands that...

And kill every living thing you see! Next in issue #2, "Danger Zone", A brutal human hunting party is interrupted by an ape from the expedition to find new farmlands with news of the remnants of the. Back at Ape City, the mutant priest Mendez awakens with disastrous results further inciting the tensions regarding the welfare of humans. Then things once again turn violent between a... Ape City peace keeper and an ape citizen.

Later, Pell Shea, human female... Ape City peace keeper, finds herself beside. Mendez, the mutant priest just has he has a vision of the invading mutant priest army. Meanwhile, the Ape City council hears the news of the remnants of the. Lost civilization and erupts with outbursts of heresy and blasphemies further inciting the tensions. At the beside of Mendez, the mutant priest, Pell and the Lawgiver discuss the impending attack. Back at the expedition, more discoveries and intrigues ensue. Next in issue #3, "Battle Zone", It's all out battle between Apes, Mutants and Humans as the mutant priest army continues to advance towards Ape City.

Later, news of the remnants of a lost civilization reach Pell and Mendez and they strike out for the expedition outpost. Meanwhile, at the expedition outpost things violently heat up as the "human-hating" apes invade with accusations of heresy and blasphemy. Now, only war and death await, as the Apes, Mutants and Humans finally clash. Finally, in issue #4, " War Zone", It's the final climatic battle... To the death, as army of Ape City defend against the savage assault of the mutant priest army.

What will become of the ever-increasing tensions between Ape and Humans. And will the mutant priests unleash the most Holy Bomb. FC, 32 pages, Comic, 10.25" x 6.5". Collectible Entertainment note: Comics 1,2,3,4 are in Fine to Very Fine condition. A must have for any serious Planet of the Apes collector / enthusiast.

This item is in the category "Collectibles\Comic Books & Memorabilia\Comics\Comics & Graphic Novels". The seller is "collectible_entertainment" and is located in this country: US. This item can be shipped worldwide.