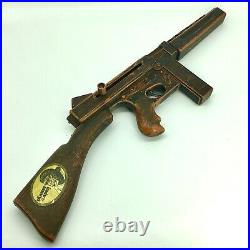 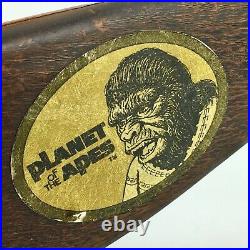 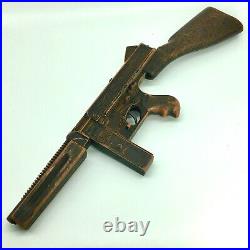 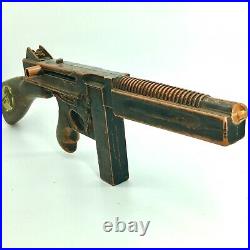 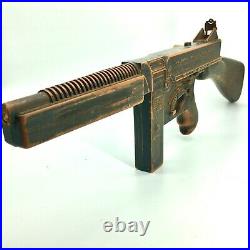 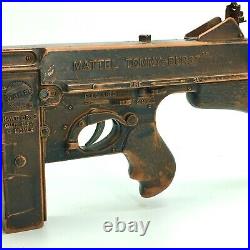 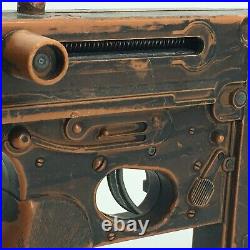 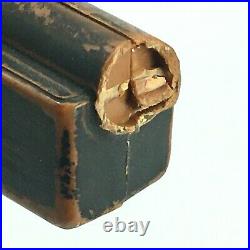 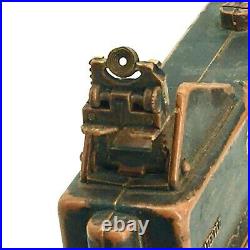 The guns end/muzzle is broken (the end was lost years ago and is Not Included in the listing). The Trigger and Automatic Spring loaded machine gun action Do Not Work, however, the Spring Lever does pull back as intended but Does Not move forward automatically, needing to be manually pushed to the front. There is a machine gun sound when the lever is manually pushed forward.

Restoration may be possible by replacing a trigger band and/or oiling the spring mechanism, but this kind of repair is beyond my knowledge or ability. The spring does appears to be in good shape with No rust or kinks present. The Sight Crosshair/Eye Piece is still attached with the ability to move up and down, but the Top is Broken and Missing (see close-up photo).

The POTA Tommy Burst is a rare toy that can be hard to find, and it commands a high dollar price in very good to excellent condition. However, this listed POTA Tommy Burst still looks very nice and would make a great place holder in your Planet of the Apes Collection. Please look at all photos.