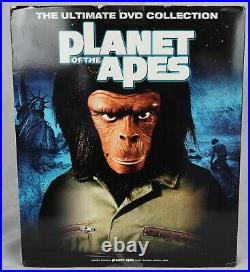 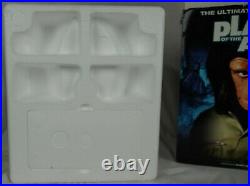 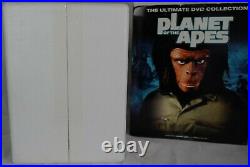 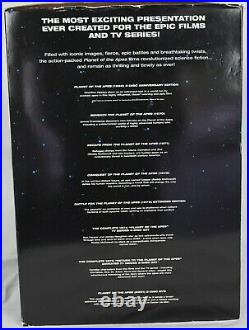 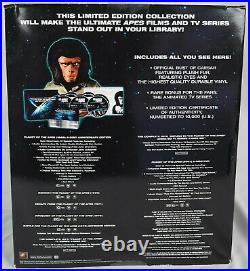 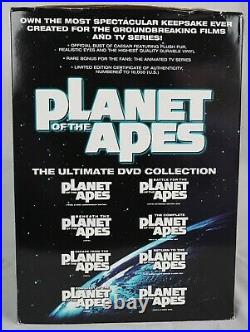 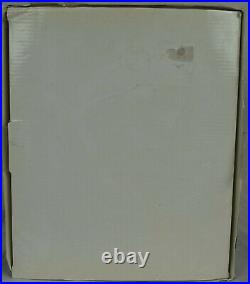 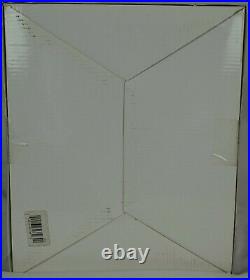 Charlton Heston and Roddy McDowall star in this legendary science fiction masterpiece. Astronaut Taylor (Heston) crash lands on a distant planet ruled by apes who use a primitive race of humans for experimentation and sport. Soon Taylor finds himself among the hunted, his life in the hands of a benevolent chimpanzee scientist (McDowall). Beneath the Planet of the Apes.

In the acclaimed sequel to Planet of the Apes, another astronaut (James Franciscus) crashes through the time barrier searching for the missing Taylor (Charlton Heston). The daring rescue leads to a subterranean city where mutant humans, who practice mind control, worship a weapon capable of destroying the entire planet. Both an action-oriented science-fiction adventure and a wry commentary on today's world, it's imaginative entertainment for fantasy buffs of all ages. Escape from the Planet of the Apes. Roddy McDowall and Kim Hunter reprise their roles from the original Planet of the Apes in this third chapter of the Apes saga.

Two intelligent simians from the future, Cornelius (McDowall) and Zire (Hunter) travel to present-day Earth. They become instant sensations, wined and dined and treated like celebrities - until a high-level plot forces them to run for their lives! Conquest of the Planet of the Apes.

Colorful, futuristic sets, a relentless pace and an action-packed climax highlight the fourth episode of the legendary Apes saga, starring Roddy McDowall and Ricardo Montalban. The time is the near future. Apes have supplanted dogs and cats as household pets, and replaced servants as personal assistants - until their continual mistreatment provokes one advanced ape from the future, Caesar (McDowall), to lead a spectacular revolt. It's thrilling science fiction that offers both a serious message and stirring entertainment.

Battle for the Planet of the Apes. In this spectacular final chapter of the legendary Apes saga, an idyllic society of peaceful coexistence is threatened when militant gorillas and a tribe of mutant humans clash with the benevolent leader (Roddy McDowall), pitting man against ape in an explosive, apocalyptic climax! (Live Action) TV Series: After their spacecraft travels through a time warp, two astronauts (Ron Harper, James Naughton) from 1981 crash-land back on Earth in the year 3085 - a time when intelligent apes rule and humans have been reduced to servants or pets. Captured by the apes and sentenced to death, they are saved by a curious chimpanzee name Galen (Roddy McDowall). But now all three are on the run, trying to keep one step ahead of the gorilla army led by General Urko (Mark Lenard), who is determined to kill the renegades.

Return to the Planet of the Apes (Animated) TV Series. Populated by familiar characters from the Planet of the Apes films and TV series Ä including Cornelius, Zira and General Urko Ä this classic animated series pits humans against a world of apes who are more advanced than ever! Box Dimensions: 12" x 10" x 14. The item "Planet of the Apes Ultimate 14 DVD Collection BOXED SET with Caesar Bust" is in sale since Thursday, May 20, 2021.

This item is in the category "Collectibles\Science Fiction & Horror\Planet of the Apes". The seller is "ultraantiques" and is located in North Las Vegas, Nevada.